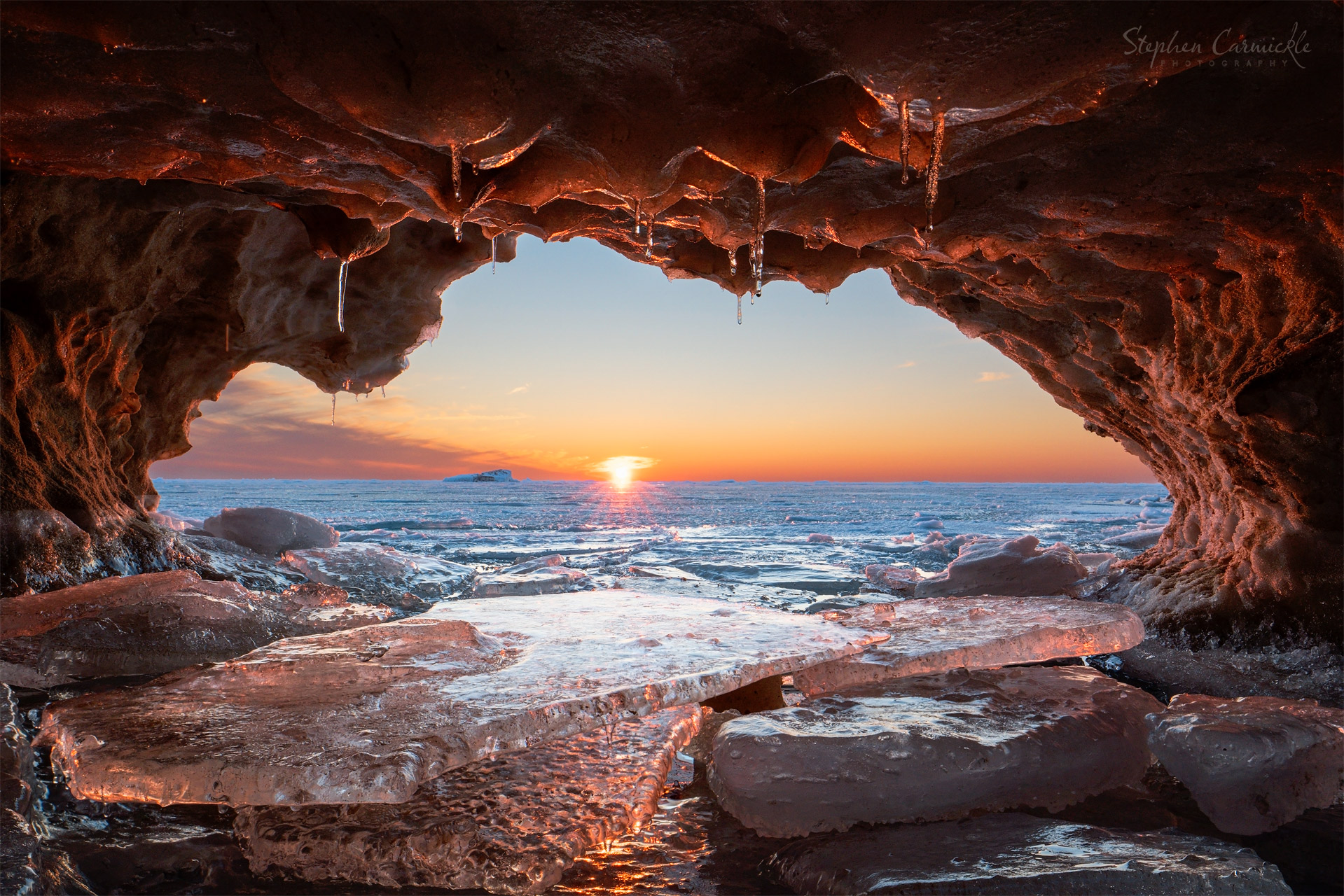 I hate traveling. I thoroughly enjoy being at the destination, I just really hate getting there. I’m trying to work on viewing the travel aspect more positively because in the past it has stopped me from going to some awesome places. This time wasn’t so bad though, the drive to South Haven was smooth and actually somewhat enjoyable. I think the change in mindset is already having a positive impact on the way I view travel, the 2 hour and 48 minute drive didn’t feel as long as I build it up to be in my head. The drive back home felt even quicker, I don’t know if anyone else experiences this, but doesn’t the drive home always seem faster? it went by really fast this time. But I had a great time going to South Haven and now I am very excited to drive all over the state this year!

On a side note, people drive like idiots. I love when someone comes zooming up behind you, tailgates you, and when they finally pass you they just get stuck behind the cars you’re already stuck behind. Everyone, calm down and learn some patience while on the road. When I’m driving on the freeway my goal is to be as far away from everyone else as possible and it seems like everyone else’s goal is to be as close as humanly possible to all other vehicles around them….🤷‍♂️. Anyways…

I booked an Airbnb for just two nights and the place was amazing! It was located in downtown South Haven above a shop and it’s my favorite Airbnb I’ve been to yet. If you ever go to South Haven, I’d highly recommend staying at Eagle’s Landing Airbnb.

The first thing I did upon arrival was reward myself for making the drive by ordering a delicious meal. I ordered some perch tacos to-go from Black River Tavern and they did not disappoint. I mean, just look at em… 🤤

The sunset was at 6:30 and I arrived at 3:00. Relax for a bit, chow on some grub, then go down to South Beach at 5:00 and start scouting a location to shoot photos, that was the plan. In a previous blog, I said I wasn’t sure if the ice shelf would form anymore due to rising temperatures. I am pleased to report it most definitely did form this year and was in full effect! Such a beautiful sight. Throughout this winter I would use EarthCam.com to check the St. Joseph live cam and Grand Haven live cam to see the state the ice was in. For most of the winter it appeared there was no ice shelf and mostly just open water. I definitely did not expect this is what I would be arriving to, perhaps it has formed every year and I just never knew it 🤷‍♂️.

First I checked out the lighthouse. Though the pier had some snow buildup I was relieved to see it was not covered in ice and could be easily traversed. I was hoping to photograph some pancake ice off the pier but whatever remained of the pancakes had frozen together. There were still some pretty cool patterns in the ice though.

Then I took a stroll down the beach. I didn’t acknowledge it at the time, but subconsciously I was a little worried because there wasn’t much catching my attention. After walking the shoreline for a while I came across a little inlet where the ice shelf came much closer to beach shore than the surrounding areas. I did not want to go far out onto the ice shelf, so I was glad when I found a safer spot that also provided the full ice shelf experience. In this inlet I had also found an ice cave and wow was I excited! I had heard about these little ice caves but had never seen one before. I barely fit inside and getting my tripod low enough was very difficult but I eventually managed to “tetris” my way into position. The closer the sun wandered toward the horizon the more vibrant the glow that shone on the cave’s interior. The whole trip was worth just this moment alone.

This day was a little less eventful and I was happy to relax in the morning and just walk around town in the afternoon as I waited for golden hour to approach. I started the day with some chicken and waffles to-go from Phoenix Street Cafe that were absolutely delicious.

There was a shop downtown called Decadent Dogs that was loaded with dog stuff so I got Cosmo a new toy! There were two cute doggos in the store that I gave some pets and scratches then made my way back to the loft to get ready to take some more photos!

I got to “my” cave about an hour and half before sunset and just sat in my hole, claiming my territory, lol 😂. The conditions looked great and I was pumped for the chance of a really spectacular sunset. But as I sat there, the minutes changing from present to past, my hopes slowly began to decline when I saw a heavy dark cloud layer emerge from beyond the horizon. Not only would that mean the likelihood of a spectacular sunset had decreased dramatically, but the instant I saw it, I knew it would block any direct sun rays from shining on the walls of the cave’s interior. Unfortunately the cave was not an option today, I abandoned my position that I held so dearly and walked further down the shelf. Luckily there was a lot more out there to photograph. This picture was actually taken during my waiting period while my hopes were still high. Right next to the cave was this horseshoe shaped miniature bay, and for a brief couple of minutes the sun and clouds came together for a fine performance 🙏.

I snapped a set of photos and then quickly made my way southward looking for any other interesting features that caught my eye. These ice shelfs are crazy, I barely explored a fraction of what I could see as the shelf stretched off into the distance and out of eyesight. Who knows how many other caves or interesting things there were beyond my reach. What I found next though was a bit unique relative to its surroundings: A rogue piece of the shelf stood alone among the sea of ice.

That would be the final photo of the trip. I really liked the town of South Haven and I was surprised by how many good restaurants there were in a town that small. The Airbnb was amazing and I think I am going to make it an annual trip to stay at Eagle’s Landing. I got 3 photos that I am very happy with and I’d say that is pretty good for just 2 days. ✌️

How I Got Into Photography